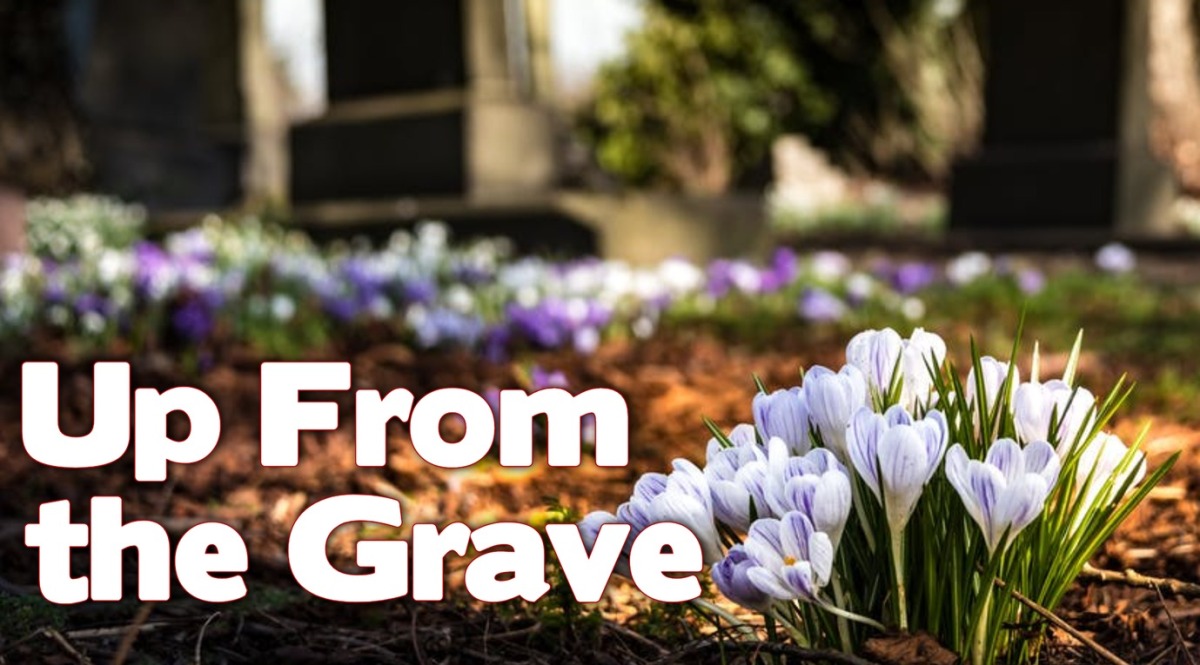 Did Yahweh literally bring David’s soul up from Sheol? Had Yahweh literally restored to David life from among those who go down to the pit? Of course not. Just as Peter and Paul could refer to Psalm 16:10 and say, “Well, we can take you to David’s tomb, so he is actually a prophet pointing to someone else,” we can do the same thing here. We could go to David’s tomb today and discover his soul is actually still in Sheol and his life is actually among those who go down to the pit. But there is One whose tomb we haven’t simply lost. Rather, it was emptied. There is One whose life was among those who went down to the pit, but on the third day was restored. There is One for whom the disciples wept through the night, but in the morning came joy. And because of that, our mourning may be turned into dancing, our sackcloth may be replaced with gladness. And we will be able to give thanks forever. Not just for the rest of our earthly lives, but forever. Jesus rose up from the grave, and because He did, we look forward to resurrection ourselves. We look forward to dwelling in the Lord’s house forever, giving thanks to Him forever. Praise the Lord!

Next week’s reading is Psalm 31.

Click here to take about 15 minutes to listen to the Text Talk podcast conversation between Andrew Roberts and Edwin Crozier sparked by this post!

END_OF_DOCUMENT_TOKEN_TO_BE_REPLACED 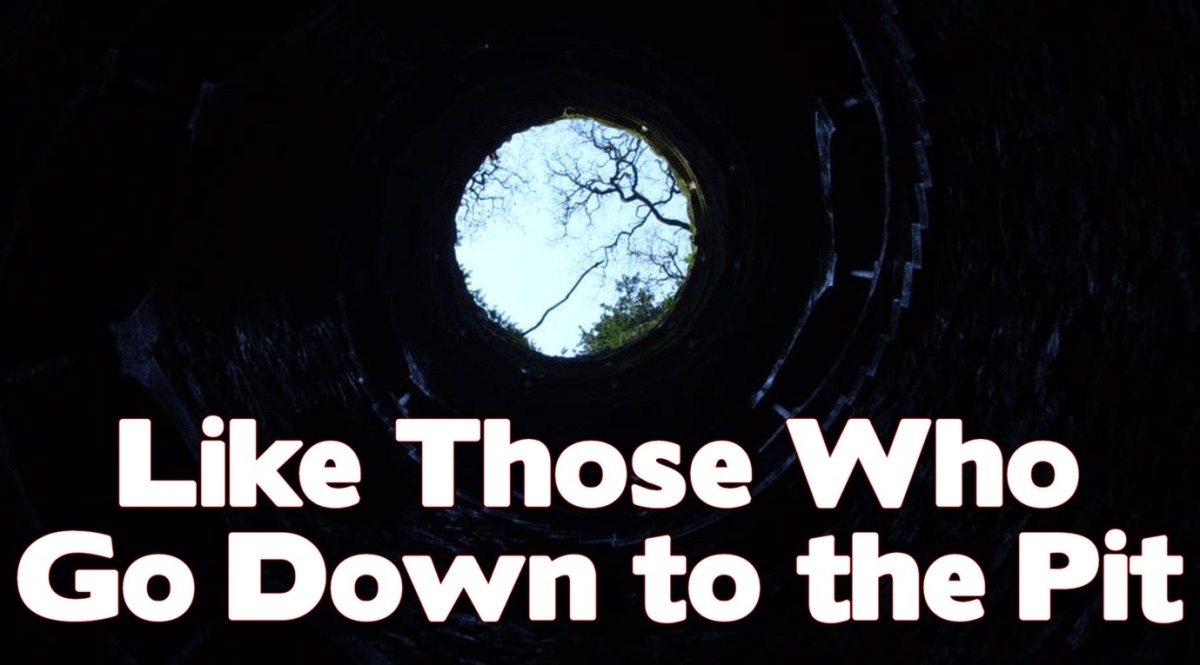 Sometimes it is the little words we miss. For instance, it’s pretty easy to miss the word “like” in Psalm 28:1. Almost everyone who reads and comments on Psalm 28 believes David is afraid something is about to happen that will kill him. If God doesn’t act, David will go down to the pit, that is the realm of the dead. Some suggest it is more than being dead, it is the deepest place in the realm of the dead, the dungeon for the damned among the dead. However, catch that little word “like.” David is not afraid he is about to go to the pit. Rather, if God is deaf and silent toward him, he is like those who go down to the pit. Ezekiel 32:24, 25, 30 gives some insight as each verse repeats the statement about those who “bear their shame with those who go down to the pit.” If the Lord won’t listen or respond, David will be in shame like those in the pit. Notice also Psalm 88:3-7 with its fuller description of being in the pit. The pit is a region dark and deep (sounds like being abandoned in the valley of death’s shadow). Those who go down to the pit have no strength. But even worse, and this is likely the part David is calling to mind, those in the pit are cut off from the hand of the Lord, they are forsaken of God. In other words, why does living matter if the Lord won’t listen and respond? David might as well be dead. He is the living dead. The blessing of life is we can call out to God and He will respond. Therefore, David is pleading. “Don’t treat me like the dead in the pit. Don’t treat me like those who have been cut off from Your hand.” And here is the fantastic thing about our God. He really does listen. He is a rock, but only metaphorically. All the idols, they are nothing but rocks, pieces of metal, shards of wood. They are deaf. But our God hears and we will not be ashamed. Praise the Lord!

Click here to take about 15 minutes and listen to the Text Talk conversation between Andrew Roberts and Edwin Crozier sparked by this post.

END_OF_DOCUMENT_TOKEN_TO_BE_REPLACED 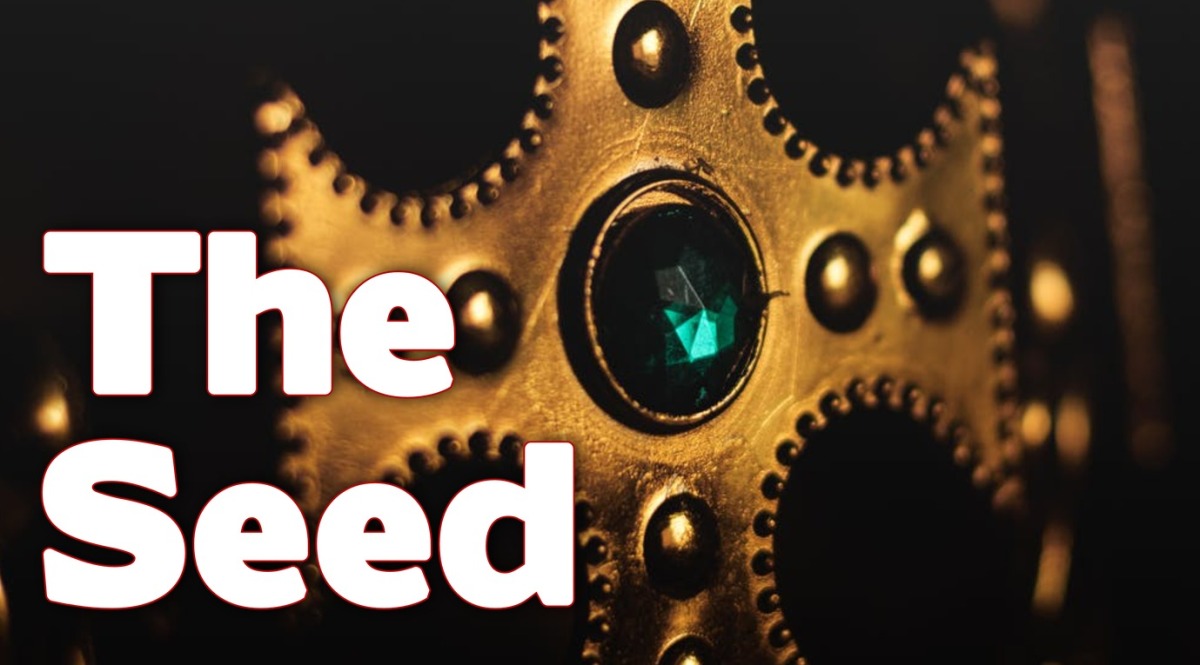 And here we are again. We read a psalm that throws up a red flag right in the middle of it. David claims God gave him the victory because of his own personal righteousness. Because he had kept himself from guilt and uncleanness. And at this point we commentators scramble. How can this be true? Perhaps back in the days of Saul, David could make some claims to righteousness; he hadn’t committed his truly horrendous sins yet. Or perhaps he was only referring to some kind of relative righteousness. Sure, he was a sinner, but not quite as bad as his pagan enemies. Or maybe righteousness here shouldn’t be seen as…well…you know…real, true, complete righteousness. Maybe it is more just talking about the fact that he pursued righteousness by relying on God and His law even when He sinned. Then there is the old tried and true reliable possibility that David is only referring to the particular sin he was accused of by his enemies in the particular instance when they were chasing him. And all of these statements can be construed as true when we read this psalm in the light of David. But perhaps David isn’t simply talking about himself. Perhaps, like so many of the psalms, this is supposed to grab our attention and make us think of someone else. Someone who could actually say all these things literally. And perhaps this psalm actually makes the claim more clearly than just this dissonance between the psalm and the actual life of David. Look at how the psalm ends: “For this I will praise you, O Lord, among the nations, and sing to your name. Great salvation he brings to his king, and shows steadfast love to his anointed, to David and his offspring forever.” Wait! Who is this offspring? This seed? Who is the anointed (Hebrew: Messiah)? Hmmm. Can it be? Of course it is. While Psalm 18 refers to David in limited, figurative, metaphorical ways, it applies to His seed in very literal ways. We should not be surprised that death encompassed Jesus or that Sheol entangled Him. And neither are we surprised when Jesus was drawn out from the torrents of death, rescued from His enemy, and then beat death and Sheol as fine as dust. And exactly why was Jesus able to take this place in history? Because He, of all men, was exactly what this psalm claims. He was righteous. His hands were clean. He kept the ways of the Lord. He did not wickedly depart from God. God’s rules and statutes were always before him. He was blameless. He kept His way completely from guilt. Praise the Lord! Because of an indestructible life, death could not destroy Him. Therefore, throughout all the nations His name is proclaimed and His God is proclaimed. In fact, in case you think I’m just going off the ranch trying to make this apply to Jesus, you might check out Romans 15:9. Paul thought this was really about Jesus as well. Praise the Lord! Though we are among the nations, we have a mighty, victorious King!

Next week’s reading is Psalm 19.

END_OF_DOCUMENT_TOKEN_TO_BE_REPLACED 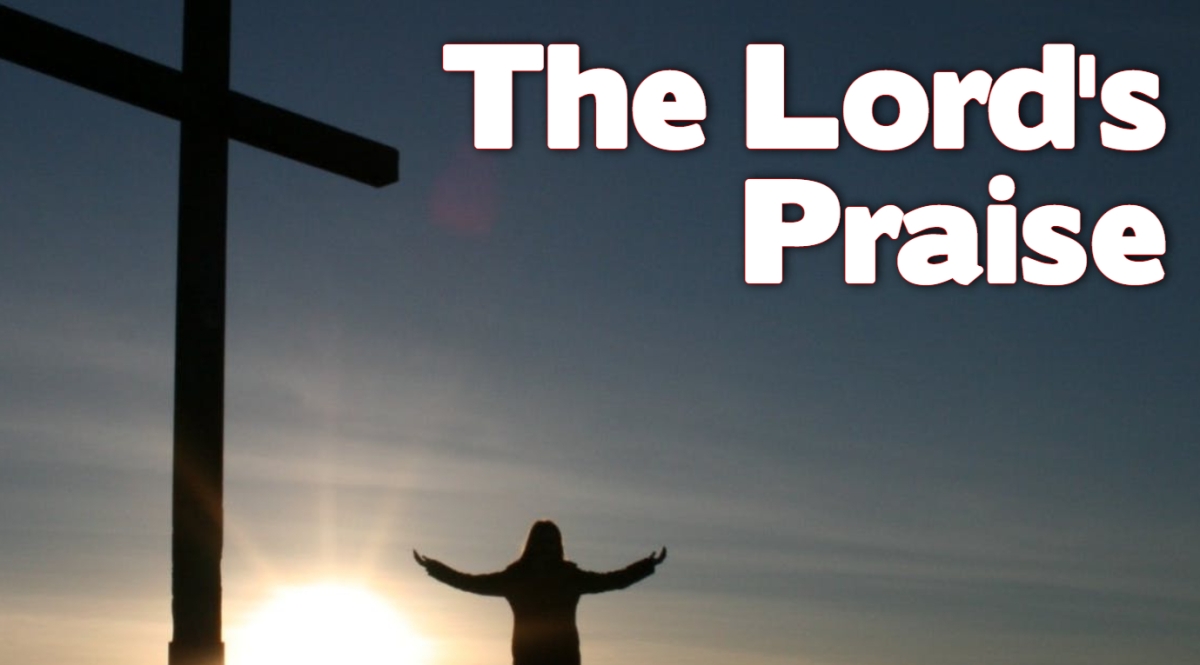 Where praise of God is there is life. Where true life is there is the praise of God. It’s one of the subtle, yet powerful messages throughout the psalms. Why does David want deliverance? Not so he can continue being king. Not simply so he can continue living. But because in the grave, God is not praised. Among the dead, God is not praised. The point is in the realm of the dead, the praise of God doesn’t do anyone else any good. God needs to be praised where it can impact people and change their lives. And those who are dead no longer impact the living. As you read through the psalms, you will see this again and again and again. The number one concern is not prolonged life, healed bodies, or even healed souls. The number one concern is praising the Lord. But again and again, we will read that where the dead are, there is no praise of God. Only where life is do we find the praise of God. And the implication is profound. Only where we find the praise of God do we find true life. The question is are you truly alive?

END_OF_DOCUMENT_TOKEN_TO_BE_REPLACED 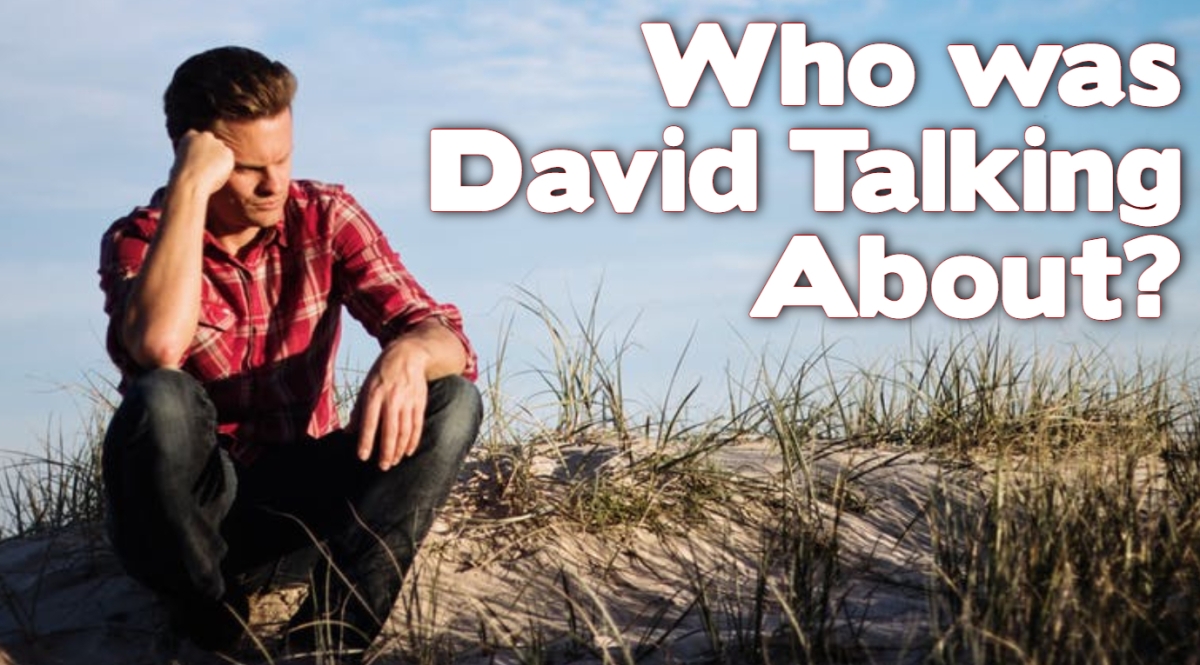 Peter quotes Psalm 16:8-11, from the writings of David. When we read Psalm 16, it certainly seems David was talking about himself. Of course, in talking about himself, we recognize there is hyperbole; that is, exaggeration used to clarify or highlight the point. David wasn’t saying he personally would never die or that his body would never be buried. In reference to himself, he was discussing the great blessing of life God gave David by protecting him and delivering him from his enemies. God delivered him from Goliath, from Saul, from Absalom, from so many enemies who would have dragged David down to death. However, we cannot apply these statements literally and absolutely to David. As Peter points out, he could actually take the Jews there in Jerusalem on the day of Pentecost to the very spot where David was buried. Thus, Peter says, David wasn’t actually talking about himself, but was talking about the ultimate descendant of his that God would place on the throne. That descendant would not remain in the realm of the dead. That descendant would be raised from the dead. That descendant, Peter says, is Jesus. Peter was not asking the people to believe Jesus was raised from the dead because of what David said in Psalm 16. Rather, he was asking people to believe his testimony as an eye-witness and that the people should recognize Peter and the apostles as valid eye-witnesses because of the amazing miracles that had surrounded their preaching on that day. He is quoting David in Psalm 16 to say, “I know what I’m saying about Jesus sounds odd, but we should have known something like this would happen. David said it would. Believe David. Believe me. Believe the signs.” Who was David talking about? Now that we’ve seen Jesus rise from the dead, we know exactly who he was talking about. He was talking about Jesus. Believe Jesus.

END_OF_DOCUMENT_TOKEN_TO_BE_REPLACED 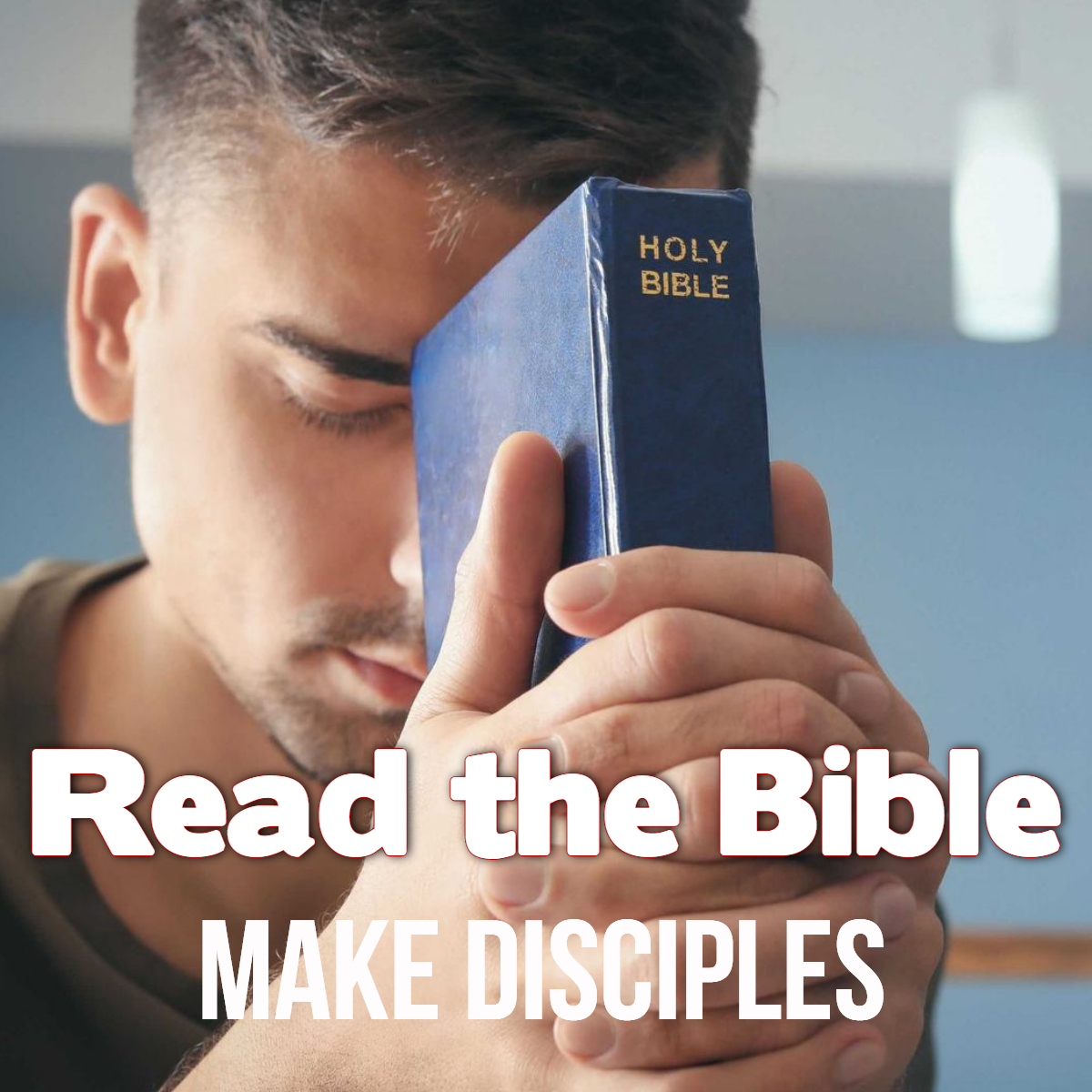